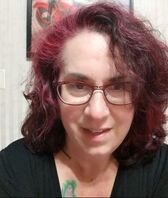 ​And this is why I think clearing unnecessary and unwanted things is important. ​

When I was eight-year-old, my family moved from an apartment into an 800-square-foot 1950s ranch-style house. There was an attic, basement, shed, and a two-car garage (that also had an attic). Over the years, we acquired more and more stuff. We didn’t buy everything. When a relative bought new kitchen curtains, we got their old curtains. Or towels. Or blankets.

When those relatives started downsizing and moving to Florida, we acquired furniture and so, so many dishes. We kept everything because, you know, someday we might need it.

Items sent to the attic were preserved in unlabeled boxes or trash bags. Imagine trying to find a set of curtains when they could be in any one of twenty or so lumpy trash bags. To bring order to the house, we bought boxes and bins and lined them neatly along the wall of the living room until there was nothing more than a pathway from point A to point B. Yes, we had to sidle through some of these spaces. (When was the last time you used sidle in a sentence?)

I, unfortunately in this case, had a natural knack for organizing. (I was awesome at the video game Tetris which was all about fitting blocks into neat rows.) I craved a calmer space and so I’d often tell my mother that I would organize a space for her.

When I tried to get rid of anything – even broken items that had been replaced – I’d face my mother’s anger as well as her conviction that someday my children would enjoy playing with the taped-together badminton rackets and net with large holes in it. (I was in my mid-30's, didn't have kids, and wasn't even dating at the time.)

My father believed in bargains. At one point, I organized the pantry and found over 40 cans of tuna fish because he’d buy it if it was on sale, even if it wasn’t on the shopping list. He didn’t even eat a tuna sandwich once a week and yet he bought it because it was on sale.

When I finally cleaned out their house, there were cans of soup and vegetables filling the pantry cabinet. There were cake mixes so old that when I tried baking a cake the result seemed to fill less of the pan than the batter. I found the new towels my father bought and then put away because he decided we could just keep using the old towels and washcloths until they wore out a bit more. I found packages of underwear he’d bought and then left in the package; instead he wore underwear with holes and sagging elastic.

How much money had he spent on items that were a good deal – but never used?

If this sounds like a sad way to live, it was. Cleaning out their house was cathartic but also confusing. Why keep twenty-five-year-old electric bills? Why keep an eight-inch-high stack of used envelopes for notetaking when there were so many blank notepads in the house? Why keep more when even a few weren’t used – washed popsicle sticks, used dryer sheets, empty jars, packaged utensils from takeout meals.

Nowadays, my parents would be diagnosed with hoarding disorder. All this stuff prevented them from using their home as a place to relax. Cooking, showering, even moving around (in my mother’s final years she was in a wheelchair) were challenges that involved shifting items from here to there.

I started to follow them on their path. I kept every item of clothing, every card, every magazine, every book, every knickknack, every everything I bought or received. I believed my mother’s story that someday I’d have my own house and I’d want and have space for everything I owned. I was stressed and depressed.

I lived at home as an adult to help my parents because of my mother’s poor health. To move around my bedroom, I had to sidle between pieces of furniture (Ooo, I've used that word twice now!). My cats could enter the room, jump up on my desk and then never set foot on the floor as they moved across the room.

One day, I looked at a packed shelf filled with magazines (sorted by month and year) and thought, “why?” I didn’t do a sudden, massive declutter of all my stuff. I carved away at my belongings slowly. For years, I thought that I decluttered because I didn’t want to end up like my parents. Only recently have I come to appreciate that I clear items from my life because I value simplicity. But life isn't simple.

My husband likes stuff – as a collector and hobbyist– and so I don’t have empty surfaces in my home. An example of our differences – we had people coming over and so I was cleaning and tucking things away. My husband’s idea of getting ready for guests was to decorate the coffee table and an end table with interesting books – while I was clearing, he was embellishing.

However, we don't have have piles of paper on our countertops or tables. Things get put away. I donate items that don't get used. I get excited when the hubby does some spontaneous decluttering.

I do maintain a couple of rules that I have for our house – keep nothing in the attic (we’re in our fifties and getting into the attic involves dragging a ladder into the bedroom and crawling through a hole in the ceiling)  - and, if you want to own something then use it or display it. I didn’t want to end up like my parents with boxes of items held in storage up in the attic or basement because someday we could do something with it.

When I talk to women who have tears in their eyes because they feel overwhelmed by their lifetime accumulation of stuff, I get it. When they say that clearing their clutter will help them feel calmer, I get it.

I know that it can be difficult to ask for help clearing items. You feel embarrassed and probably a bit ashamed that things got out of hand. You don’t know where to start. Maybe you’ve decluttered or organized in the past, but things became disorganized and you feel as if you must have done something wrong.

Your attempts at getting organized eats away at your free time. You feel too embarrassed to welcome others into your home and feel a strain on your relationships. You feel stressed, not by stuff, but by all the decisions you must make about your stuff. You’ve reached the point where you know that buying another bin or drawer divider won’t make a difference.

I help people become organized – for life. Becoming organized isn’t just about clearing physical stuff but also dealing with the emotional and mental clutter that clings to the items in your home. Clarifying how you want to feel and what you envision for your life makes it easier to clear items. Creating an order to your life welcomes in freedom and creativity – you aren’t weighing down your energy with somedays, I used to’s, and maybes because you’ve chosen to clear those things and thoughts.

My tribe is personal growth DIYers. If you believe in creating the life you want by learning about and trying different techniques and then seeing what works for you, welcome, I'm standing there, right next to you, offering my support in articles, guides, books, one-on-one coaching, and (soon) courses.

Ready to clear the clutter and distractions and create the life you want? Sign up for emails and get the free guide, Living A Less Cluttered Life.
I want to encourage people to create an environment that supports their personal growth.